By combining light frequencies, BIOVITAE® technology reduces bacterial proliferation, sanitising environments and protecting people against infection, including Covid-19.
For its cabinets, De Rigo Refrigeration exclusively installs lighting with BIOVITAE® patented technology by Nextsense, which continuously provides a sanitising action by combining electromagnetic wavelengths of the visible spectrum of light. In particular, as reported also on MedRxiv, a website providing medical information, it has proved capable of photoinactivating COVID-19 and other microorganisms.
When exposed to light with this specific wave spectrum, the oxygen-dependent microorganisms are subjected to photoexcitation, causing oxidative damage and, as a result, killing the microbial or viral cell.
The first tests showed that the use of Biovitae LED lights significantly reduces the bacterial load. As stated in the note issued by the Italian Ministry of Defence on 23 June 2020, the military polyclinic “Policlinico Militare del Celio” is conducting more in-depth research involving other European laboratories and, specifically, military laboratories in Germany and Sweden.
BIOVITAE® is a microbicidal (non-UV) LED light developed by Desmoled for commercial refrigeration applications, commissioned by Biovitae, which is mounted exclusively on De Rigo Refrigeration cabinets.
While awaiting further confirmation from ongoing tests, BIOVITAE® technology has already been registered with the Italian Ministry of Health as a Class 1 Medical Device and does not harm living beings or cause damage to materials.
(Patents WO2017179082 and WO2018020527). 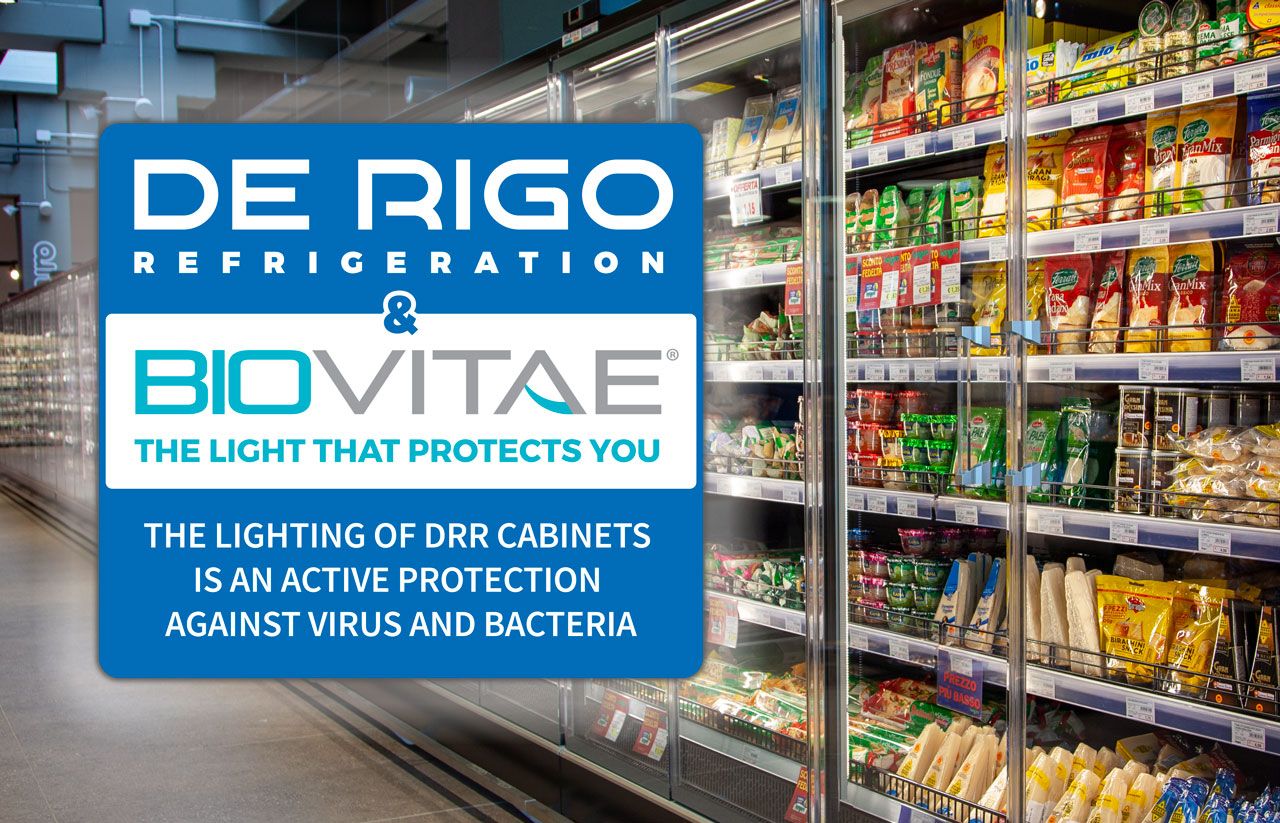